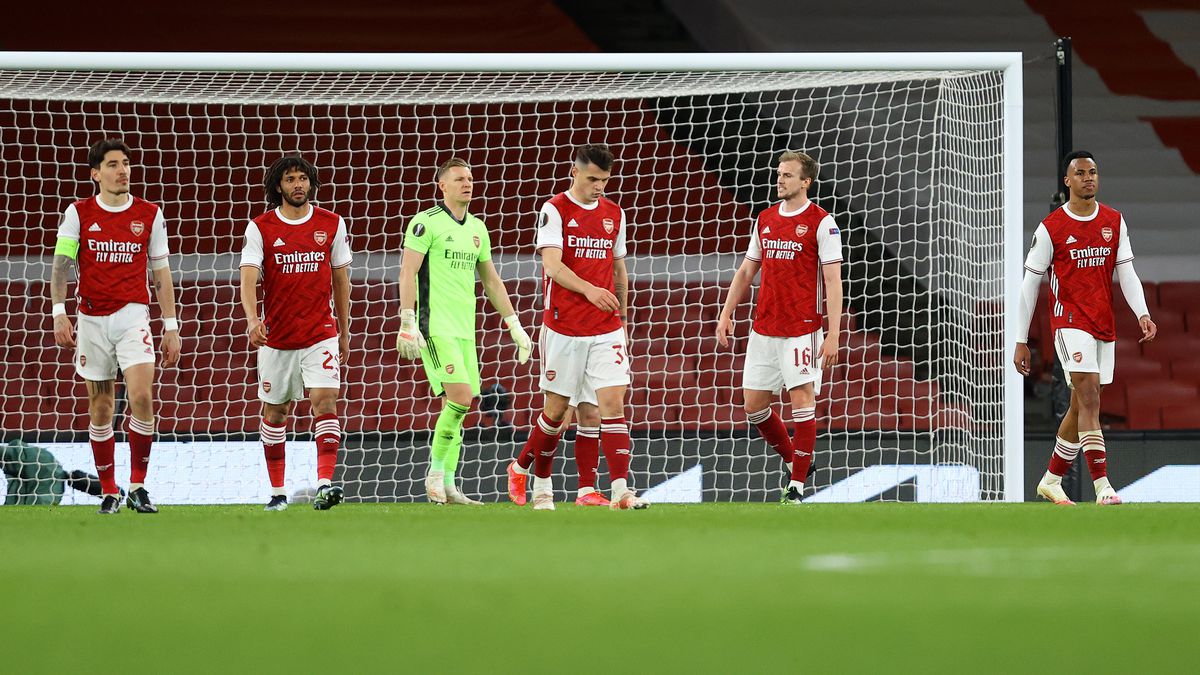 Over the course of this season, the feelings towards Mikel Arteta have fluctuated for many Arsenal fans. He’s clearly an intelligent man, he says the rights things, conducts himself with authority. Which makes some of Arteta’s actions even more confusing.

Last night, as we’ve seen so many times this season, we went down to a late sucker punch. A sloppy goal, bundled in at the back post, which again we failed to have a man on. Last night, in a game crying out for pace, we waited until the 70th+ minute to introduce it, again. Our line was lead by an immobile striker with a lead footed veteran happily collecting his paycheck behind him, again.

It’s so frustrating that what seems clear to all isn’t clear to the manager. Slavia Prague were without 3 of their first choice defenders and had a keeper in goal that looked about as comfortable as a nun in a strip club. Yet we didn’t turn the screw.

All that being said, we should’ve been out of sight and virtually through after 60 minutes. Saka, should’ve scored his chance one on one. Lacazette’s miss is verging on criminal. I can’t bring myself to watch it back. Aubameyang should’ve done better when the ball was cut back to him (I’ll cut him some slack as he’d barely been on). We’ve somehow transitioned from a team unable to create chances to a team that can’t finish them.

It’s telling that the second we introduced pace, we looked far more threatening and it was Nicolas Pepe that eventually broke the deadlock after some clever link up play with Auba. The finish was class. And it looked as the minutes ticked down we’d got away with it. But at this level, one cock up is costly. In what was virtually the last kick of the match, they bundled a corner in and the fate of the tie swung dramatically in their favour. The fact that Cedric should’ve just hammered the ball forward instead of playing Gabriel into trouble makes it all the more frustrating. Arteta was clearly as disappointed as the rest of us.

That leaves us with it all to do in Prague next week. In a game where our season is literally hanging in the balance. This weekends match with Sheffield United is virtually a dead rubber. They’re down and we’re going nowhere. No injuries is a good result.